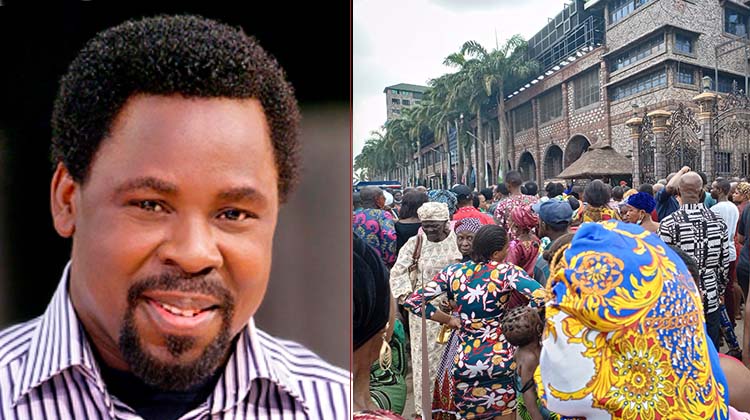 Following the announcement of the death of the spiritual leader of the Synagogue Church of All Nations, Prophet T.B. Joshua, flags on the premises of the Lagos-based church now fly at half-mast.

The PUNCH had earlier reported that the clergy died yesterday, Saturday, June 5, 2021, a week to his 58th birthday.

The cause of his death was not revealed. However, the statement said the clergyman spent his last moment on earth in the service of God.

“On Saturday 5th June 2021, Prophet TB Joshua spoke during the Emmanuel TV Partners Meeting: “Time for everything – time to come here for prayer and time to return home after the service.”

“God has taken His servant Prophet TB Joshua home – as it should be by divine will. His last moments on earth were spent in the service of God. This is what he was born for, lived for and died for.

“As Prophet TB Joshua says, “The greatest way to use life is to spend it on something that will outlive it”.

“Prophet TB Joshua leaves a legacy of service and sacrifice to God’s Kingdom that is living for generations yet unborn.

“The Synagogue Church Of All Nations and Emmanuel TV Family appreciate your love, prayers and concern at this time and request a time of privacy for the family.

One of our correspondents, who is on the church premises, reports that hundreds of mourners continue to gather at the church gate in the Ikotun area of Lagos, as operatives of the Nigeria Police Force are on the ground to control traffic in the area.

Mixed reactions have followed the demise of TB Joshua with many of his church members in shock and disbelief. 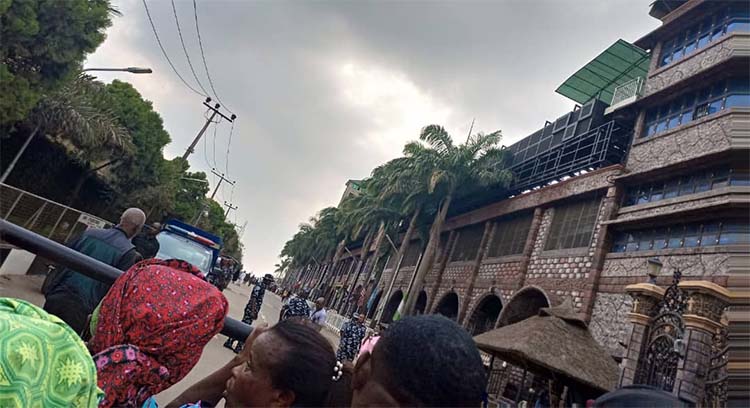 “My father is gone. Who will clothe me? Who will I brag about?” an unidentified woman said in tears.

Another church worshipper, who identified himself as Kunle Biyi, described Joshua’s death as a blow to the community, adding that he wished to have died with the prophet.

Only staff of the church are allowed entrance and exit as of the time of filing this report.

Joshua, who is survived by children and a wife, hailed from Arigidi Akoko,  in Ondo State.

He founded the Synagogue Church in 1987. The church which has its headquarters in Lagos State accommodates over 15,000 worshippers per gathering. The church currently has branches in Ghana, the United Kingdom, South Africa, and Greece.

Joshua is one of the richest and philanthropic pastors in Nigeria. He was estimated to worth over $15m in 2011, by Forbes.

The cleric remained controversial for several years for his inexplicable powers to heal all sorts of incurable diseases, including HIV/AIDS and cancer.

Joshua’s healing powers had attracted thousands of people from all over the world to Nigeria.

In September 2014, a guest house in Joshua’s church in the Ikotun area of Lagos collapsed killing over 100 persons including scores of expatriates and religious tourists.

However, Joshua cannot be said to be in the good books of some top Nigerian Pastors. The Pentecostal Fellowship of Nigeria had warned its members to distance themselves from him.

YouTube had recently suspended Joshua over allegations of hate speech and for conducting prayers to “cure” gay people.