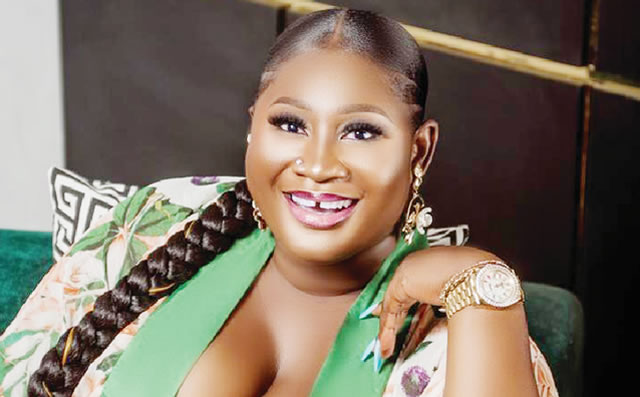 While some women are shy about initiating sex with their partners, an actress, Yetunde Bakare, does not see anything wrong with it.

During an encounter with Sunday Scoop, Bakare said, “Waiting for one’s partner to make the (first) move is childish. Women have their moments too. There are times we (women) feel sexually aroused and if one does not make a move, one’s partner is not a witch and would not be able to guess what’s going on with one. That’s why some women have terrible mood swings. They want it (sex) but feel too shy or proud to ask for it. If one’s partner is one’s best friend, asking for sex should not be a big deal.”

The actress also debunked the claims made by some that Nollywood is not lucrative. She said, “I disagree (with that) absolutely. If it was not a lucrative business, there wouldn’t be any successful filmmaker. However, we have people like Funke Akindele, Mo Abudu and Kemi Adetiba, who have shown that one can be successful in Nollywood. If one makes a good movie with high standards, one would definitely enjoy doing the business.”

The role interpreter, who is active on social media, also noted being on such platforms had affected her positively. She added, “Being on social media has affected me positively and it has also changed a few things about me. People close to me know that I neither keep friends nor go out a lot. However, mixing with people on social media has been good for me. Negativity does not get to me because I have a thick skin and I don’t take anything to heart. I simply use the ‘block button’ and that ends it.”

NGF, restructuring and the challenge of good governance

admin May 29, 2021
Uy Scuti: Evolution of rapper Olamide
Bisi Akande: Tinubu Is Most Experienced, Will Emerge President
UPDATED: Flags fly at half-mast at TB Joshua’s church, as worshippers wail, mourn
APC to Ikpeazu: Tell Abians about the commissioners you have appointed