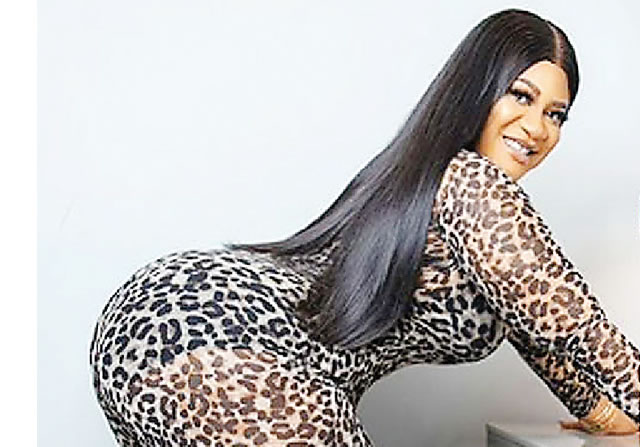 Popular actress, Nkechi Blessing, has described her suspension by the Theatre Arts and Motion Pictures Practitioners Association of Nigeria as ‘the joke of the century’.

TAMPPAN had suspended Blessing and another actor, Kehinde Adams, aka Lege Miami, for fighting dirty on social media over the recent arrest of their colleague, Olanrewaju James, aka Baba Ijesha, who was alleged to have sexually assaulted a minor.

In a statement signed by actor and the chairman of TAMPPAN’s Guild of Directors, Damola Olatunji, film directors, who are members of the association, were directed not to work with both actors until their suspension was lifted.

However, when asked how she felt about the suspension, the actress told Sunday Scoop, “I don’t feel any way. Firstly, an organised association should use proper measures to address a person they describe as their member. Since the letter was ‘delivered’ through a mere Instagram post without calling my phone or sending me an email, I consider it to be the joke of the century.”

Blessing also maintained that she would not appeal to the association. She said, “Appease who? For what? What offense did I commit? So, there is no longer freedom of speech? (Imagine them) suspending someone that left them a long time ago.”

On a lighter note, the actress was asked about how long she thought sex should last for, and she answered, “One can last as long as one enjoys sex with one’s partner. It depends on one’s mood when making out.”

The Omoge Lekki actress who recently claimed that she was married insisted that she intentionally did not want to make it a public affair. “Every other thing about me is public. Why would I make my marriage public? Besides, my man is not ‘private’; people know him. I don’t owe anyone any explanation about how I choose to live my life.”