THE Elders Caucus of the Osun State chapter of the All Progressives Congress, has suspended the leader of a splinter group, ‘The Osun Progressives,’ Lowo Adebiyi.

Adebiyi, a former acting chairman of the defunct Action Congress of Nigeria, was suspended for anti-party activities.

The splinter APC group, with the acronym ‘TOP’, is said to enjoy the backing of the Minister of Interior, Rauf Aregbesola, who was named as chairman of its Board of Trustees.

Rising from its monthly meeting, in Osogbo, on Tuesday, the APC Elders Caucus, under the leadership of a former Secretary to the Government of the State of Osun, Sola Akinwumi, while dissociating the APC from the activities of TOP, reiterated their unflinching loyalty to the Osun State Governor, Adegboyega Oyetola.

The communique which was signed by Akinwumi, read in part, “APC, Igbimo Agba Osun presided over by Chief Sola Akinwumi held her monthly meeting today the 25th May, 2021 and resolved as follows:

“That this body passed a vote of confidence on the administration of His Excellency, Alhaji Isiaka Adegboyega Oyetola as Governor of Osun State and on the party leadership under Prince Gboyega Famodun as the State Party Chairman in Osun State. That this body re-affirmed her support for Governor Oyetola’s Second term ambition.

“That the APC, Igbimo -Agba Osun dissociates itself completely from a recent radio interview whereby a member of our body, Elder Adelowo promoted internal divisions within the party particularly on the formation of ‘The Osun Progressives -TOP’ and accordingly suspends the said Elder Adebiyi Adelowo, from the membership of APC Igbimo Agba Osun forthwith.

“That the body enjoined every member of our party to remain committed, loyal and resolute towards strengthening of our party in Osun state.

“That all citizens of Osun state are appreciated for supporting His Excellency, Mr. Isiaka Adegboyega Oyetola in his strides towards upliftment of the state amidst paucity of funds.”

NATIONAL Leader of the All Progressives Congress, Bola Tinubu, has condemned calls by some Nigerians for the dismemberment of the federation.

Tinubu spoke after paying a condolence visit to the President, Major General Muhammadu Buhari (retd.), at the Presidential Villa Abuja.

Tinubu who led a delegation of leaders from the South West to commiserate with President Buhari over the loss of the Chief of Army Staff, Lt. Gen. Ibrahim Attahiru, and 10 others in last Friday’s air crash in Kaduna, expressed support for a united Nigeria.

He said, “We have already made our position clear; that we want a one, united, peaceful, stable country, productive and promising.

“Nigeria is not a rat village; it’s a nation and we want to keep it as one,” he said.

Tinubu said he and members of the delegation were on a condolence visit to the President. He described Attahiru’s death as disheartening. 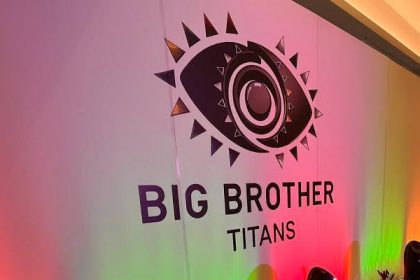