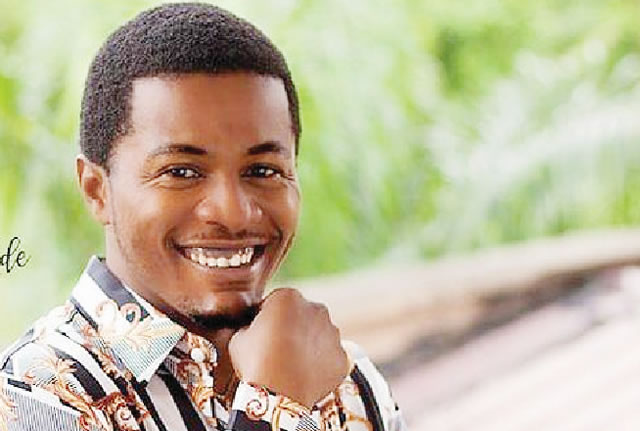 Recently, actor, Samuel Ajibola, announced that he was quitting his role as ‘Spiff’ in the popular television series, The Johnsons. The character, Spiff, is an adopted son. He appears to be mentally impaired and eats excessively.

His announcement caught many by surprise, even as it attracted diverse comments.

Speaking with Sunday Scoop, Ajibola, who started his career as a kid actor, said, “Some people think that marriage made me leave The Johnsons but that’s far from the truth. It is very important for everyone to have a direction for their lives. I believe there is a time and purpose for everything. 10 years is a significant amount of time and I have given all that I can in depicting the ‘Spiff’ character. I realised that my purpose for the show has been fulfilled and it is time for me to do other things.

“My decision had nothing to do with my marital status. My wife was very supportive of my decision. She knows I am very analytical. I am not okay with being in my comfort zone for too long. I’m adventurous and I like challenges. My family also gave me their blessings. I know a lot of people might have different opinions about this but I am not moved by that. Being Spiff is not the ultimate. I have bigger purposes to fulfil in life and time is of the essence. I have a lot of things in the ‘bag’ and I’m not quitting acting.”

Ajibola also noted that some celebrities were going through silent battles amidst social media criticisms. He said, “If one is easily swayed by the opinions of people, one would find oneself in a difficult place. Bloggers have even made news quite hard to verify. Just recently, someone created a fake Twitter handle and tweeted that my wife was my former classmate. The person also claimed my wife used to put my name on the ‘list of noisemakers’.” That was not a true story but it went viral. Those are some of the things celebrities face. We all have our struggles, irrespective of one’s popularity.

“For example, a lot of people did not know that the late American actor, Chadwick Boseman, was going through a lot before his death. They did not know that he was fighting so many battles. Humans are naturally opinionated and the negative side of social media is not helping either. The morality of some of the people who criticise others heavily on social media should be questioned. I have been in the industry for over 25 years. I started when I was just six years old, so I know these things. Being popular does not make one have a regular life. It comes with a lot of attention.”

admin May 31, 2021
A$AP Rocky confirms relationship with Rihanna, calls her ‘the one’
Buhari, others mourn, beneficiaries lament as TB Joshua dies
Buhari fails to sign over 200 bills passed by NASS in six years
Tottenham Hotspur Vs Arsenal (0 – 2) On 15th January 2023