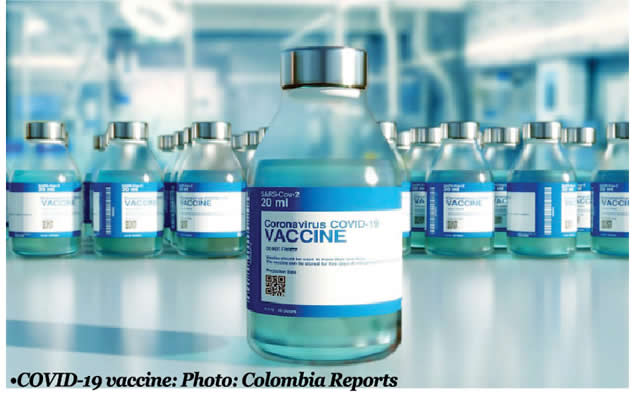 The organisation behind COVAX facility, Serum Institute of India, has said that it may not resume the export of COVID-19 vaccine doses till the end of 2021.

Recall that the Director of African Centre for Disease Control, Dr John Nkengasong, had last week during the weekly press briefing on COVID-19 response in Africa, said Africa was expecting more vaccine supply from the COVAX facility which is a United Nations-led facility facilitating the procurement of vaccines for African countries.

Earlier this year, the COVAX facility had announced the donation of 16 million doses to Nigeria out of which 3.9 million had been distributed for the first phase of vaccination.

The AstraZeneca vaccine doses being distributed in Nigeria were sourced from the SII.

The Executive Director, National Primary Health Care Development Agency, Faisal Shuaib, had also during the press briefing of the Presidential Steering Committee on COVID-19 in April, said the country might receive some vaccine doses through COVAX by the end of May or June.

However, a statement from SII signed by the Chief Executive Officer, Adar Ponawalla, on Wednesday said the institute would focus more on boosting the vaccine drive for India as the country battles a major spike in its infection rate.

According to SII, the decision to support other countries was taken at a time when the daily cases recorded in India were low.

For now, it said while it would scale up manufacturing, it would prioritise India.

The statement read in part, “In the past few days, there has been an intense discussion on the decision of the government and Indian vaccine manufacturers, including the Serum Institute of India to export vaccines.

“In January 2021, we had a large stockpile of vaccine doses. Our vaccination drive had started successfully and the number of daily cases being recorded was at an all-time low.

“Around the same time, many other countries in the world were facing an acute crisis and were in desperate need of help. Our government extended support wherever possible during this period.

“We will not be safe till everyone globally is able to defeat this virus at a global scale. Further, as part of our global alliances, we also had commitments to COVAX, so that they could distribute the vaccines globally to end the pandemic.

“SII has delivered more than 200 million doses, even though we received EUA two months after the US pharma companies. If we look at total doses produced and delivered, we rank amongst the top three in the world. We continue to scale up manufacturing and prioritise India. We also hope to start delivering to COVAX and other countries by the end of this year.”

admin May 21, 2021
Fayose Visits Tinubu In Lagos
Buhari mortgaging our children’s future with reckless borrowing – PDP
A$AP Rocky confirms relationship with Rihanna, calls her ‘the one’
APC to Ikpeazu: Tell Abians about the commissioners you have appointed