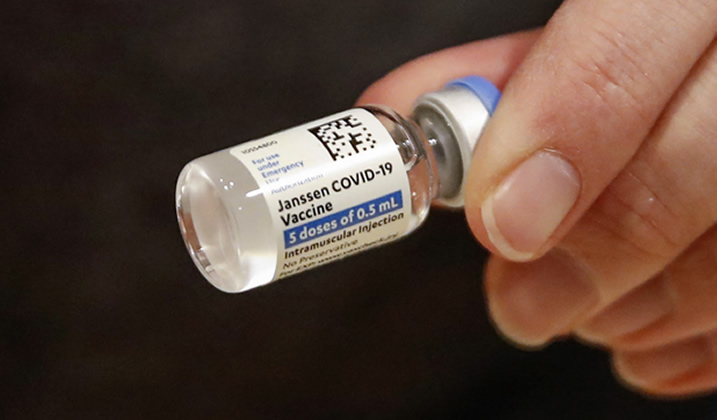 Britain on Friday approved the use of the single shot Johnson & Johnson coronavirus vaccine, the Medicines and Healthcare products Regulatory Agency announced.

“This is a further boost to the UK’s hugely successful vaccination programme, which has already saved over 13,000 lives, and means that we now have four safe and effective vaccines approved to help protect people from this awful virus,” said Health Secretary Matt Hancock.

The government hopes the single-dose jab “will play an important role in the months to come”, he added, as young people come forward for their vaccinations amid concern over the rise of the so-called Indian variant.

Britain has ordered 20 million doses of the vaccine.

The European Medicines Agency said in April that a warning about unusual blood clots with low blood platelet count should be added to its product information following cases in the United States.

The vaccine was found to be 72 percent effective in preventing moderate to severe coronavirus infection, according to a US trial.

Britain has administered more than 62 million shots so far, mainly using the Pfizer and AstraZeneca vaccines. It has also approved the use of the Moderna vaccine.

After months of falling cases, infections have started to rise again due to the emergence of the Indian variant, which has put in doubt plans for a full reopening of the country on June 21.

Shina Peller: I Am Not Against Tinubu’s Political Ambition