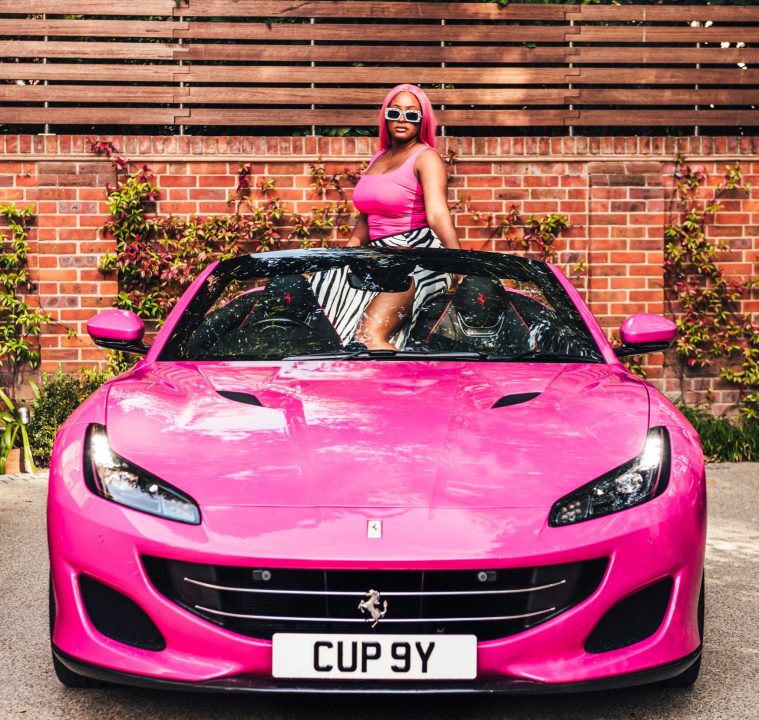 Florence Otedola, a popular Nigerian disc jockey, and daughter of Nigerian billionaire, Femi Otedola, has taken to her verified Instagram page to brag about the ‘whips’ she uses in different parts of the world.

Also known to be a philanthropist, the young lady posted a video via her Instagram page where she was spotted smiling in a Black Aston Martin DBS Superleggera. The supercar costs over N130m.

Taking to the caption section of the video, the DJ who is known for her love for the colour pink wrote, “In London, the Pink Ferrari Portofino BUT in Monaco, the Black Aston Martin DBS Superleggera!”

Last year in September, the DJ took to her verified Instagram account to announce that her billionaire father got his three daughters, Tolani, Florence, Temi, a Ferrari Portofino. She noted that the cars were what they got from their father when he took them ‘shopping’. Each of the cars costs about N90m.

Known to be a lover of luxurious cars, DJ Cuppy is known to flaunt her machines on social media unapologetically. Also in her car lot, the Gelato singer has a customized Rolls Royce Phantom.

In December 2019, she gifted herself a Rolls Royce Phantom VIII which costs a whopping N162 million for a Christmas gift.

Moreso, in 2016 during her birthday celebration, the ecstatic DJ was thankful to her then-boyfriend, who many believe to be Victor Anichebe, for buying her a G-wagon as a birthday gift.