Why breast milk quality varies among nursing mothers, according to paediatricians 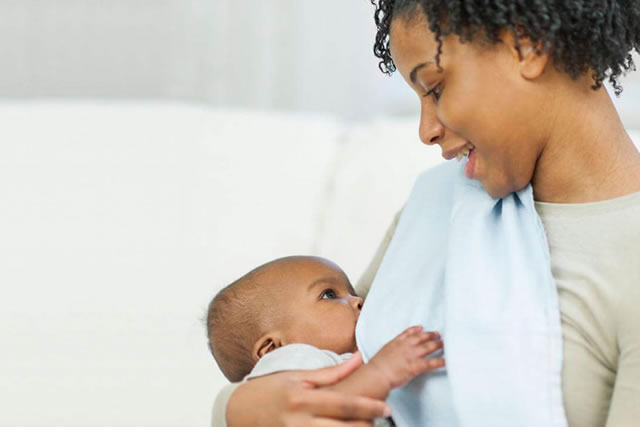 According to her, mothers’ breast milk varies based on the timing of birth and it continues to change throughout breastfeeding period to meet the needs of the growing child.

This corroborates a 1981 study published online by PubMed, a free search engineof references and abstracts on life sciences and biomedical topics.

Collections were obtained at four-hour intervals over a period of 24 hours so that variability of constituents in milk of different mothers, as well as variability in the same mother over a 24-hour period, could be assessed.

Continuing, the study noted that the mean concentrations of protein, sodium, chloride, and potassium in early preterm milk were adequate to meet the estimated requirements for the preterm infant.

However, it said, “there was large variability in nutritional composition of milk among mothers and among samples from the same mother.”

Speaking in an interview with PUNCH HealthWise, Olutekunbi said that milk composition changes with postnatal age.

She noted that preterm milk has a higher protein content than term milk, which helps the baby to achieve growth potentials, especially brain growth and later-life cognitive functions.

The physician further said that electrolytes are slightly higher in preterm milk than term milk, especially sodium and chloride; but it has a lower calcium and phosphate content than term milk.

Electrolytes are minerals that carry an electric charge. They’re found in the blood, urine, and sweat and are vital to specific processes that keep the body functioning as it should.

“Carbohydrate increases in human milk over time, but more so in preterm milk.

Lactose is a crucial energy source in breast milk. Oligosaccharides (human milk oligosaccharides) are prebiotics in breast milk that serve as food for probiotics (live microorganisms also known as the good bacteria) which fight disease-causing bacteria and strengthen the immune system.

“Preterm milk has a higher level of elements that protect against infection and inflammation apart from the prebiotic and probiotics. These include cells that destroy offending organisms and lactoferrin— a protein which aids digestion and improves gut health,” the paediatrician said.

She noted that breast milk is the best form of nutrition for babies, as it provides all the nutritional needs of the growing child.

“It is recommended that all babies be exclusively breastfed for the first six months of life and they should commence complementary feeding at six months, with continued breastfeeding till the age of two,” she said.